Sandbox was tasked with creating a campaign to try to change the perception of dealerships and to drive sales in the used car category. 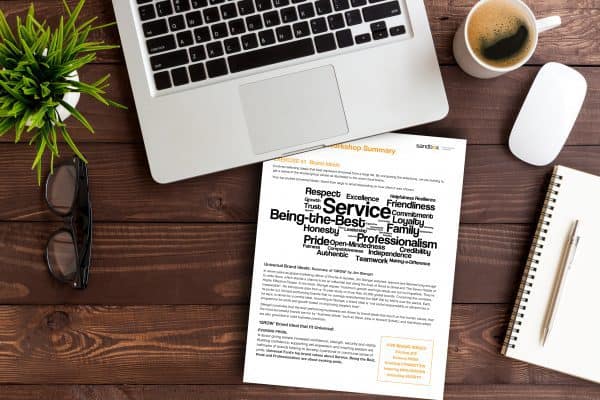 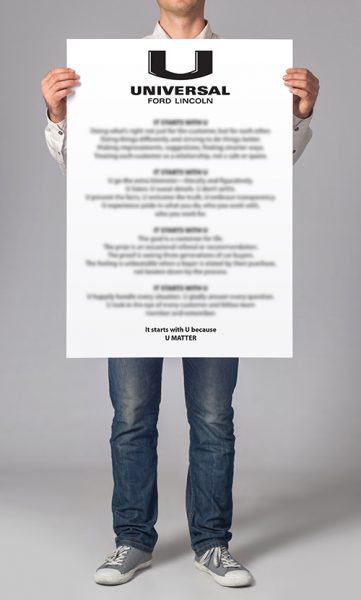 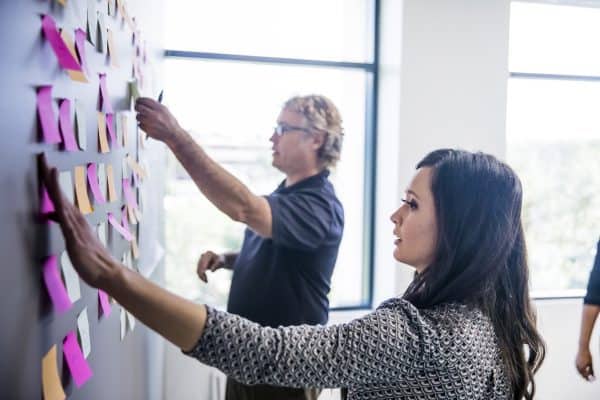 The best place to start is with an afternoon Brand Workshop

Over the past several years used car market sales across car dealerships in Canada have been steadily declining. Sandbox was tasked with creating a campaign to try to change perception of dealerships and to drive sales in the used car category. 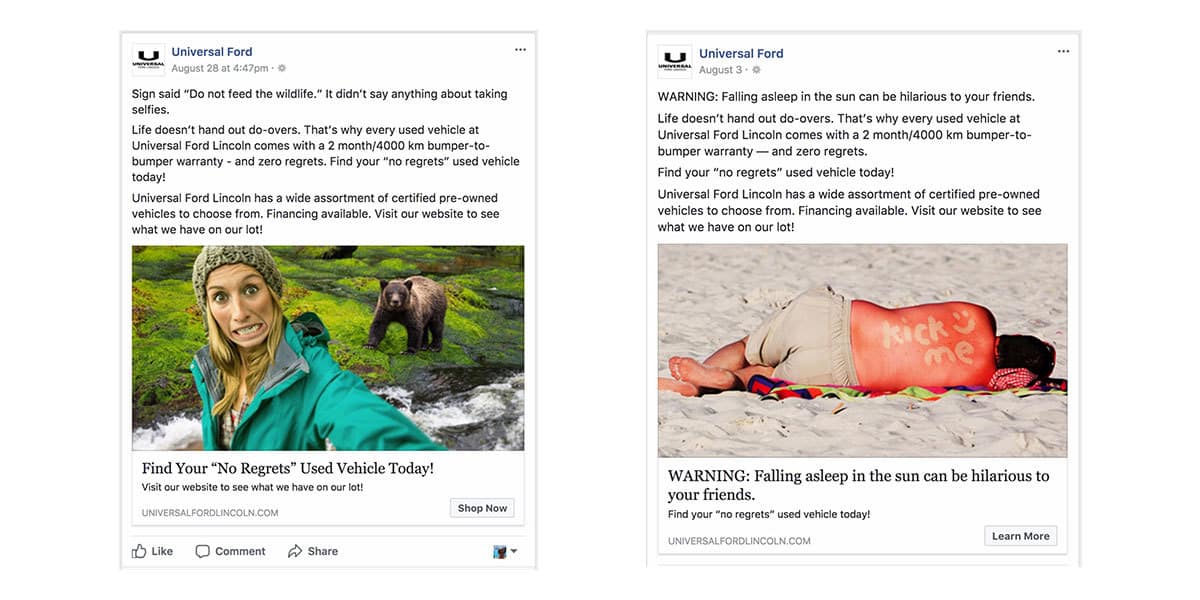 The Sandbox team brainstormed about the benefits of purchasing a car through a dealership as opposed to buying through an individual, which depending on the dealership could be many. The main benefit of purchasing through Universal Ford Lincoln is their 4,000 km / 2 months warranty, which is unique to them and aligns to their value proposition of “Starts with U’. This is how the ‘No Regrets’ campaign was born. 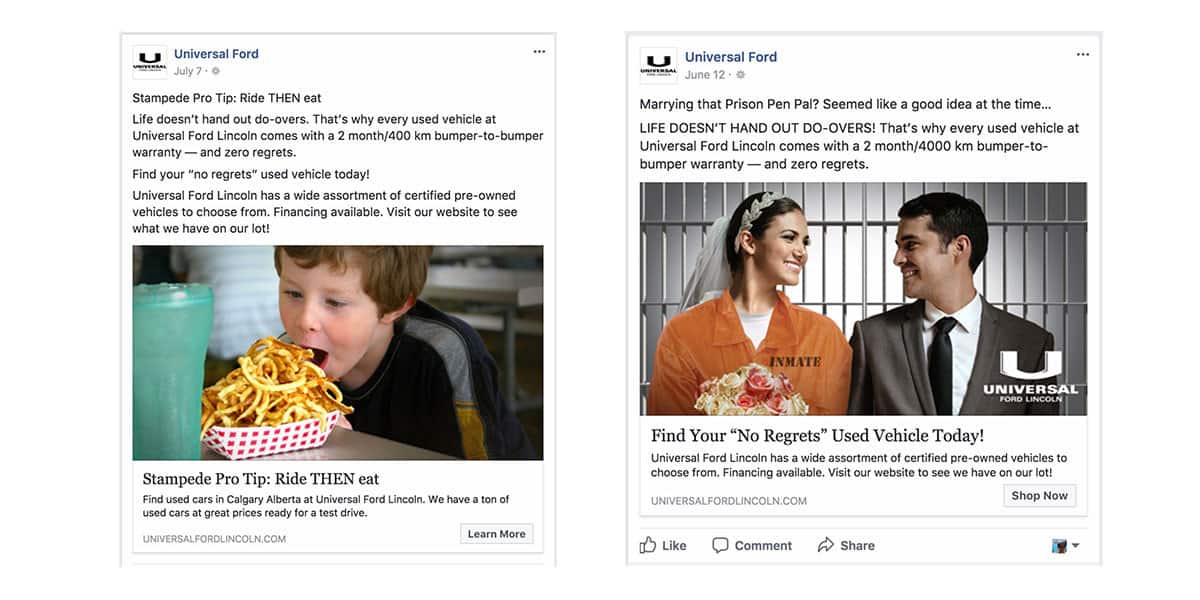 The campaign was implemented for a full quarter and Sandbox developed three different creatives based on humorous / provocative everyday situations that illustrated a regretful scenario. These scenarios were developed with Universal’s brand voice in mind.

A portion of the budget was allocated to radio and the rest to digital advertising and website support. We created Google ads, social media posts as well as social media advertising. The objective was to drive leads to the landing page on the website featuring the existing used car inventory. We made sure this page incorporated elements of the adverts to make it easily recognizable and that it was optimized for conversion. 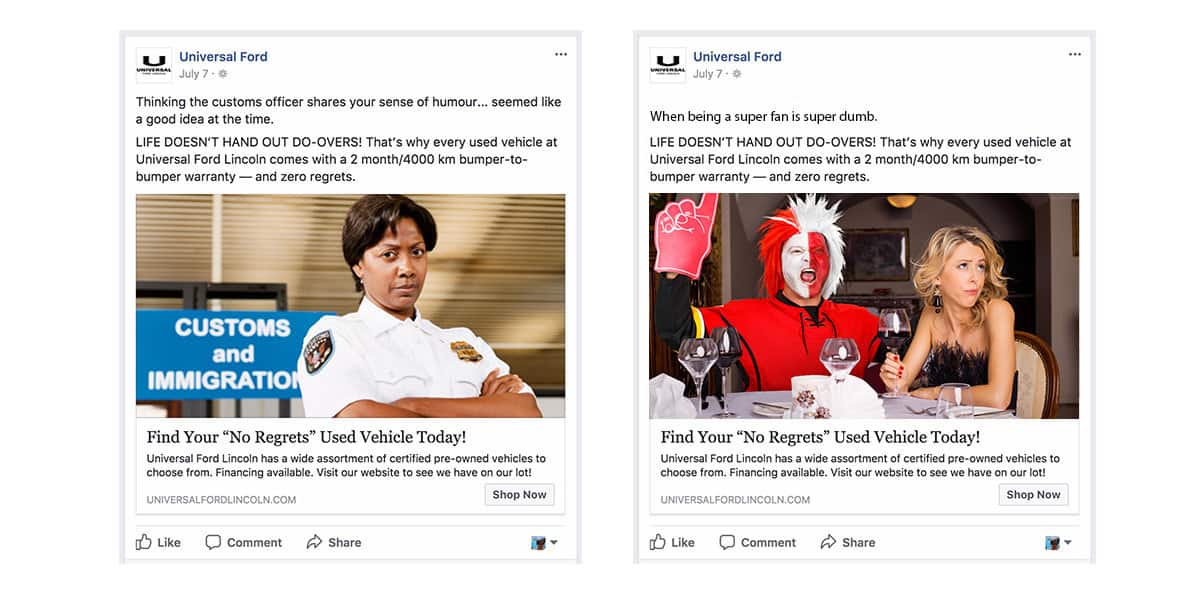 We registered 477 conversions on the website in April, since the launch of digital campaigns in January 2017. A conversion was defined as a phone call or a form filled on the website.

150,000 unique visitors were attracted to the website and landing pages of Universal Ford Lincoln during the first full six months since the new website was launched in January 2017. Our campaign generated 4,000+ conversions on Google AdWords and reached almost 400,000 people on Facebook during the last six months. On the third month of the campaign, Universal Ford registered a 96% turnover on their used car sales inventory.